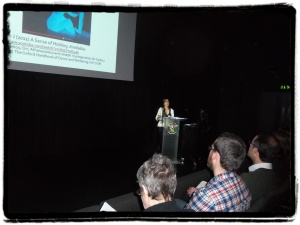 Dance and the arts in psychotherapy: what is their contribution for wellbeing? Dance, and the arts in general, are increasingly being used as means of improving psychological wellbeing. A rising popularity of music, art, drama and dance movement psychotherapies raises interesting questions around their value, impact and effectiveness in supporting people who are faced with psychological struggles. Professor Vicky Karkou’s inaugural lecture seeks to explore this topic, drawing upon diverse perspectives and research methodologies to discuss the ways in which arts psychotherapy interventions are used. During her lecture she will reflect on the range of evidence that supports arts psychotherapies, identify gaps in the literature and suggest future directions in research and practice. Professor Karkou has spent over 20 years studying the area of arts psychotherapies and related fields, with focus on dance for wellbeing and movement psychotherapy. During her diverse career she has used her expertise to work with vulnerable children and adults in schools, voluntary organisations and the NHS, and has supported the development of the arts in psychotherapy in a number of different countries around the world.  Her international career has recently led to her being offered the prestigious award of Honorary Doctorate at Riga Stradiņš University, one of Latvia’s top medical higher institutions. Professor Karkou is well published in national and international journals, she is one of the co-editors of the international journal Body, Movement and Dance in Psychotherapy, and is currently co-editing her third book. 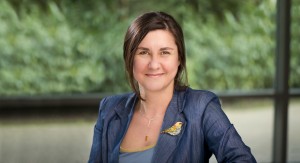 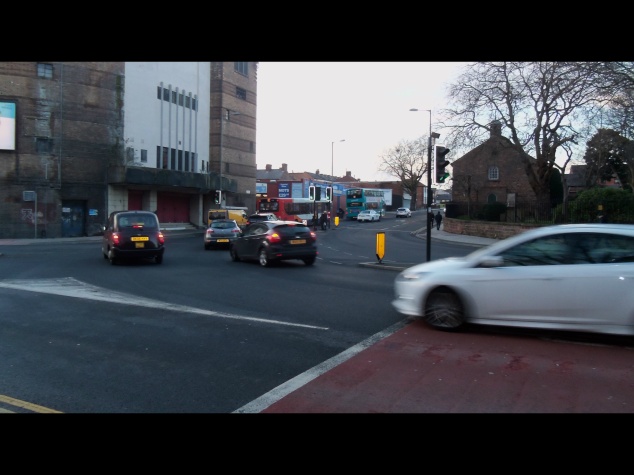 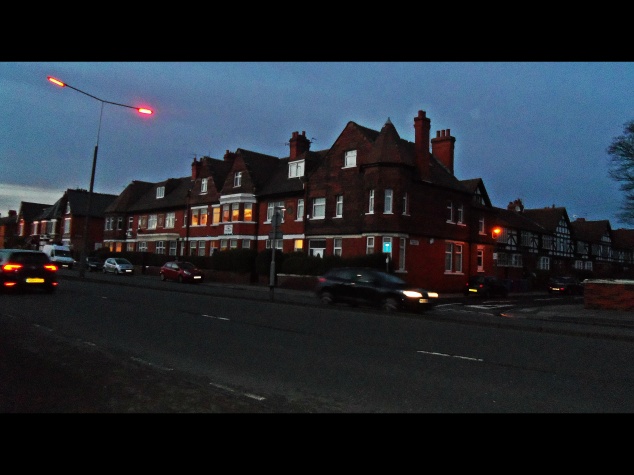 First night there with Vicky and Themis. Food was delicious with lovely company ❤ 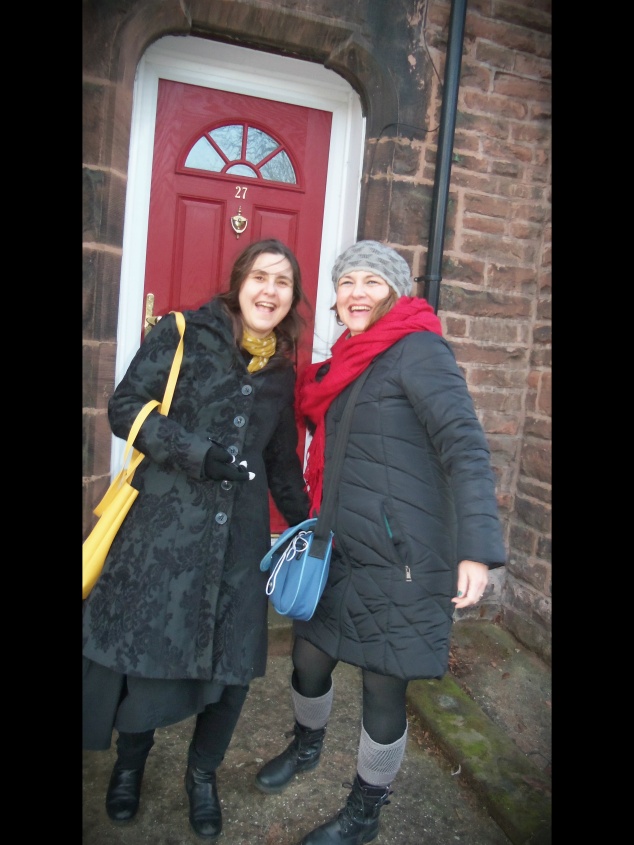 I ‘ve just arrived  at Liverpool, my sisters new hometown. 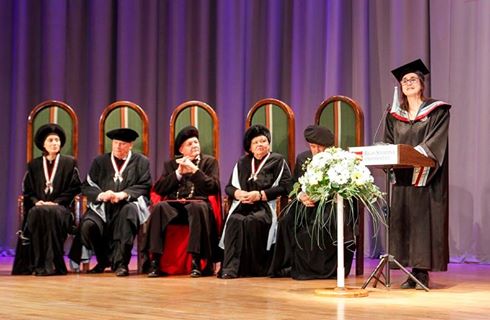 Professor Vicky Karkou was nominated by the Senate of Riga Stradins University for the award of Honorary Doctor (Doctor Honoris Causa) of Medicine for her contribution towards facilitating the establishment and development of an Arts Therapies study programme at the University.

A Riga Stradins University spokesperson said: “The award expresses sincere gratitude about the successful scientific and teaching collaboration between our institutions.”

The official inauguration ceremony took place on 28 November 2014 at the University.

Professor Karkou is a qualified researcher, educator, dance teacher and dance movement psychotherapist, having worked with vulnerable children and adults in schools, voluntary organisations and the NHS.

In 1998 she completed her PhD in arts therapies at the University of Manchester and then moved to the University of Hertfordshire where she worked as a researcher delivering projects in health, arts therapies and arts education. In 2003 she began working in Scotland at Queen Margaret University, initially as a lecturer in art therapy, later becoming a senior lecturer, founding and leading the MSc in Dance Movement Psychotherapy – the only MSc programme in the discipline.

She moved to Edge Hill University in 2013. Her main research and teaching area is the arts for wellbeing which she explores through a range of qualitative, quantitative and arts-based methodologies. She is well published in national and international journals, while acting as the co-editor for the international journal Body, Movement and Dance in Psychotherapy published by Taylor and Francis. Currently she is co-editing her third book (The Oxford Handbook of Dance for Wellbeing), while travels extensively invited to speak at conferences and educational programmes around the world.

Professor Karkou keeps a small psychotherapy private practice as part of the arts and therapies co-operative Emerging Paths which she has co-founded and currently co-directs. She also acts as a consultant for Common Thread, a company offering residential care to children and young people.

«It was a celebration of the arts psychotherapies and dance movement therapy in particular at Riga Stradins University», Vicky says…

Filio Metsi – All You Need Is Style

I don't write, I touch without touching.